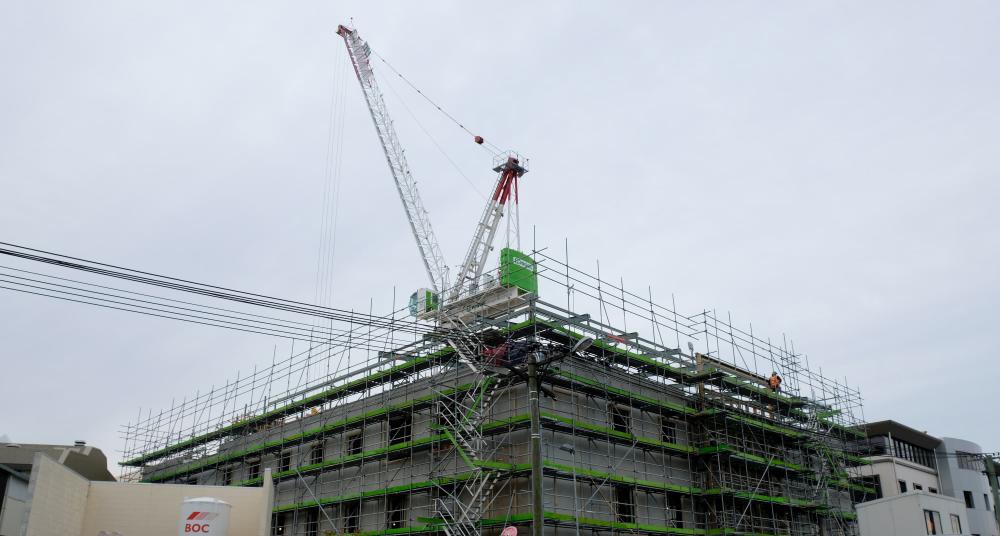 The third and final stage of St George’s Hospital’s eight-year redevelopment is well underway and the project has continued to run to schedule.

Tony Hunter, Project Coordinator, says contractors have worked collaboratively to ensure the hospital has functioned optimally while the major development is taking place.

“There’s been a lot of effort put in by the consulting engineers, Powell Fenwick, who have worked hard to find where utility services were connected and ascertain which parts needed to be re-directed. This has meant we’ve been able to keep existing buildings ‘live’ while carrying out demolition or building work,” Mr Hunter says.

The team at Higgs Construction has also been central to the project running seamlessly. “We’ve worked in some very difficult conditions and Higgs Construction have been willing and able to work around the hospital’s operational requirements to complete the build,” Mr Hunter says.

Key milestones continue to be achieved as the project reaches completion. “We poured the last of the concrete floors on the top floor of the building in June and the last of the roofing is scheduled for October.”

Greg Brooks, CEO of St George’s Hospital, says the developments are transforming the patient care experience at the hospital.

In 2021 Cantabrians can look forward to the completion of the modern hospital facility, which will continue to provide superior care to its patients.